So I missed last week’s Friday Night Five. This was because I was floored with so much stuff happening at my new school. I didn’t have time to actually write a FN5 for that week. Now that we hit the long weekend, I’ve got a moment to talk about some awesome games that you might want to take a look at.

During my time at my new high school, I found that there are some people that also like to Tabletop game. Heck, during our lunch break, one of my new colleagues busts out a game he got at Gen Con. He says that it’s from Halifax and that it was successfully funded Kickstarter. We took a look at it and it was definitely a light game that’s worth playing.

Dwar7s Fall is a Card Placement, worker placement, and resource management game where you are trying to stock up for the winter by building castles, mining gems, and using those gems to purchase food. To win the game you must complete three goals and expand your kingdom as far as you can. Dwar7s Fall definitely has mechanics that will screw with your opponents. You can change the layout of their own kingdom, place dragons and trolls,  steal cards from opponents, and knock workers off their card all in the hopes of completing goals before they do. I want to try this game again because after my first play, I realized important strategies…like not starting in a corner or edge…It’s a really cool game to try out. You can take a look at their website here.

I’m bringing back a game that I reviewed over a year ago and the reason for this is because the expansions for Champions of Midgard are coming to Canada very soon. (I got the email saying that my copy was shipped and will be coming next week). In this game you act as clan leaders trying score glory points by defeating monsters. I described it as Lords of Waterdeep but with dice. The expansions from I’m seeing are going to enhance the game even more. You might as well play Champions of Midgard again to prep yourself for the expansions. Click here if you want to take a look at my initial review. Click here if you want to look at the original Kickstarter webpage. 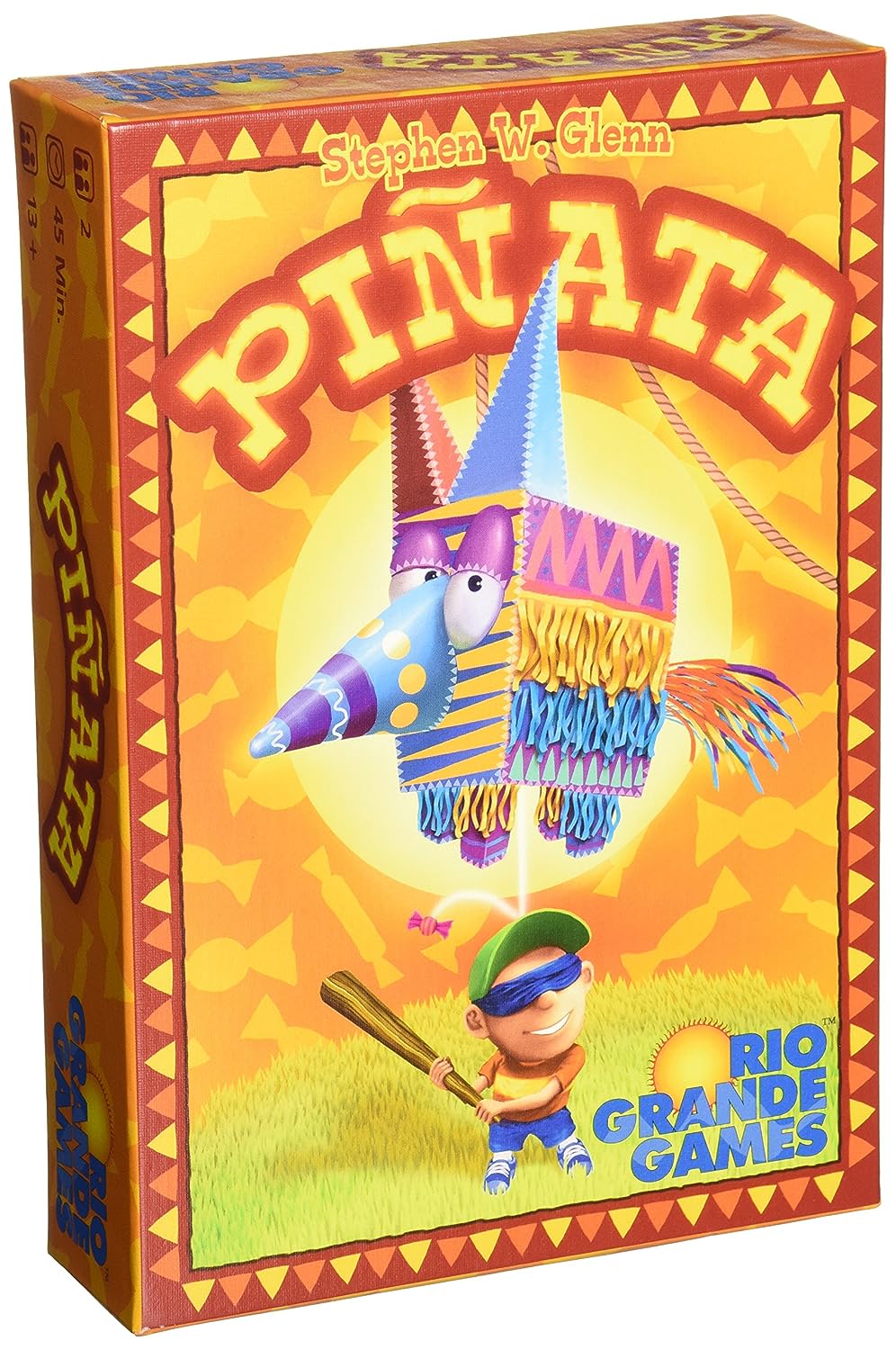 I’ve been recommending this two-player game at the cafe a lot as of late. I describe it as “easy to play, but hard to master”. To win Pinata, you need to collect three medal cards. You do this by earning candy found on the four tiles laid across the table. To win the candies, you need to play cards that match the colour of candies and depending on the game mats, the sum of the cards either need to be low or high. At some point during the game you are allowed to play on your opponent’s side to guarantee that you are going to win the candy. Pinata is a shows a really interesting two player mechanic and is absolutely one you have to try out this weekend.

The last time I played this game was at my friend’s house after he got it from a Kickstarter. The way I describe this game is that it’s Sudoku with dice. You will roll dice and collect the ones you need to create your stained glass window. The catch is that all the dice can’t be adjacent if they have similar characteristics. It’s a gorgeous looking dice roller and some really awesome gameplay.

I’ve always been a fan of Codenames. Just recently they brought out a new edition called Codenames: Duet, which is a cooperative two player version of the game. You both play off of a two sided clue card and the idea is to identify the nine agent words as a team of two using the limited number of clues allotted to you by the game. The catch is that some of the words may look like agents to you, but may be bystanders or even assassins to your partner. The game can get more challenging depending on the number of clues you’re both allowed to give as a team. This game is a nice addition for Codenames fans.

Now before I go, I’m just going to be honest right here. After the week I’ve had at my new school, I’m going to take some time away from blogging just so that I can catch up with everything and just get a breath. I love being able to blog, but with all the things on my plate right now, I just need to take away from this. I will definitely be back to write more content as soon as I can get much of my stuff done.